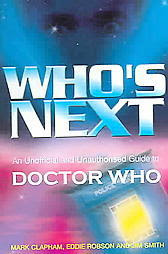 I am, it must be confessed, one of those for whom the genre of science fiction is largely an unexplored by-pass on the road map of life. Except that, for some of the time most weeks, I enjoyably share London house space with a bunch of people for whom it is the journey -- or at least a large chunk of it.

When I came across Margaret Attwood's tidy little Guardian piece on why we need science fiction I was reminded that it wasn't the ideas that I was unengaged by, but their cultural transmission. It just doesn't flick my switch -- though Attwood's own The Handmaid's Tale (1986) certainly resonates, since the world of overbearing religion is sadly one I have more than a little acquaintance with, and the book is more what you might call a near-future dystopia. If that makes a difference.

Among Attwood's interest-generating comments in the Guardian are those on sci-fi's religious connotations, some obvious, some less so and some (as we shall note) obscured:

More than one commentator has mentioned that science fiction as a form is where theological narrative went after Paradise Lost, and this is undoubtedly true ... Extraterrestrials have taken the place of angels, demons, fairies and saints, though it must be said that this last group is now making a comeback. We want wisdom. We want hope. We want to be good. Therefore we sometimes tell ourselves warning stories that deal with the darker side of some of our other wants. As William Blake noted long ago, the human imagination drives the world. At first it drove only the human world, which was once very small in comparison to the huge and powerful natural world around it. Now we're close to being in control of everything except earthquakes and the weather.

This is all perfectly fair comment, apart from the final sentence -- which is a significant overestimate if you know anything about the natural and biological sciences.

Being a non-theologian, moreover, Attwood takes it for granted that the 'religious' concern with transcendence necessarily involves a world of 'supernatural being' now rendered incredible outside the habitue of the imagination. Whereas, of course, properly-structured Christian talk about God refers not to 'some thing' defined as additional to the natural (as Aquinas was at pains to stress centuries ago), but to the giveness of life in its greater-than-presence. Phenonomenologically, John D. Caputo relates this excess, named in relation to God, to what he terms the axiology of the impossible).

But I digress. Rowan Williams (who enjoyed an interesting exchange with Philip Pullman not so long ago) regularly needs to rehearse the no-thingness of God to those who haven't spotted it, and so is in a good position to demonstrate what an intelligible theological comment about, say, Doctor Who, might look like. Now this (DW) encroaches on an area of mammoth expertise for my housemates, and one where I should not be so angelically foolish as to tread, except to draw your attention to Who's Next as a font of descriptive wisdom and to abandon you to the tender mercies of Shiny Shelf.

Meanwhile, here's Rowan on the Daleks, from a presentation about something quite different, in London last year:

Mind on its own -- powerful intelligence-- is never creative just by itself... think of artists or scientists at work. [What they are engaged in requires] not intelligence alone, but absorption, commitment, love and the leak of imagination... In our family, we have several dozen videos of early Doctor Who episodes. One of the things that strikes me as I watch Doctor Who is how very often villains are pure intelligence. They can't create anything different and they can't rejoice in anything different. If you're a Dalek you're very clever; but there is damn all you can do about relating to anything that isn't a Dalek or prepared simply to reflect Dalek-hood back to you. Your ideal situation is one in which everybody is either Dalek or somebody who does exactly what Daleks tell them to do. So intelligence alone doesn't cut it. Our existence as [fruitfully] intelligent creatures -- loving, risking and questioning -- somehow fits with the idea that God is a God of loving intelligence, who calls into being that which is different...

All of which poses the question nicely: in the light of their recent performance in Nottingham, would some bishops be better off as Daleks? I couldn't possibly comment. (Thanks to Jean Reynolds for the transcript).