[141.1] RELIGION, VIOLENCE AND THE LONDON BOMBINGS

Over the weekend I drafted Beyond the politics of fear, a short response from Ekklesia to the terrible London bombings last week. Cheap talk is easy in the wake of tragedy. I hope and pray that this is of a different character. The news story and press release associated with the document are here. 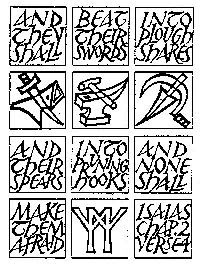 I am working on a reflective piece that looks in more detail about the dynamics of terror and how to work against it. It seems to me that honest self-examination is a crucial component of what those who believe "the truth will set you free" (John 8.34) should be engaging in right now, especially in relation to the religious roots of war and terror.

The Muslim scholar Mona Siddiqui gave the BBC Radio 4 Thought for the Day on the subject of the bomb attacks this morning. She is Senior Lecturer in Arabic and Director of Centre for the Study of Islam at the University of Glasgow, and has made very significant contributions in the area of women's studies, legal studies, and much more.

Bravely, Dr Siddiqui said that it was a platitude merely to announce that Islam and other major religions abhor indiscriminate violence against innocents. The roots of violence within our traditions go much deeper than that, she implied. (You can listen online to the 3 minute broadcast now, but at the time of writing the full script has not yet appeared.)

Naturally I agree with this. Elswhere I have written from a Christian perspective about the Beslan tragedy, the misuse of biblical texts for oppressive and violent political ends, and also the difficult relationship between mission and terror post 9/11.

What I would infer is that she is talking about the indivisibility of truthfulness, which is something that both states and religions have betrayed, historically speaking.