[10.47 GMT] Christian think tank says government should stop propping up religion (Ekklesia). Yes, I know that sounds negative. But the sad fact is that if we headlined it "think tank calls for revolution in Christian thought and practice", the secular media would yawn and the religious media would ignore it. Well, they'll probably ignore this, too, but it's worth a go. It is curious that genuine nonconformity is so rare and exotic these days - either that or largely sectarian. OK, let's see what happens next...
Posted by Simon Barrow at 10:47 AM No comments:

[09.53 GMT] Redeeming Religion in the Public Square - a discussion paper on the issue of faith and politics, especially in relation to the campaigning stance of churches and the issue of governance - has finally gone up on the Ekklesia site. This has been a major focus of mt work over the past week or so. A news release will be going out fairly soon. Comment welcome. It follows on, and devlopes some thought beyond, Jonathan Bartley's Faith and Politics After Christendom.
Posted by Simon Barrow at 9:53 AM No comments:

[09.54 GMT] Norman Kember urges the churches to embrace non-violence (Ekklesia, UK). Encouraged by the way that campaigning for his release had brought together peace movements and faith groups, [Kember]called on the Churches to continue to speak up for non-violence. “The churches praise Martin Luther King, but they don’t put what he said into practice,” he reflected.
Posted by Simon Barrow at 9:54 AM No comments:

[08.44 GMT] London launch for controversial faith and politics agenda - tomorrow (13 June, 2006 - 6.30pm at St Mathhew's Church House, Westminster, near the Houses of Parliament. If you want an invitation, please use the email detailed in this Ekklesia story - not the Yahoo one that links from this blog.
Posted by Simon Barrow at 8:44 AM No comments:

Someone cautioned me the other day about post-Christendom (as distinct from post-Christianity, note) being "a new-fangled concept". I don't think they meant that in a positive sense! Actually, however, the consciousness of an ending of the Christendom era -- the one in which the church sought its identity and security in symbiotic relationship with government and the dominant culture -- is one that has been around for a long time. Consider, for example, the amazing quotation (from 1968) in an essay by David E. Jenkins which is the penultimate paragraph in this post.

Of course my friend was right in his suspicion of the automatic self-sufficiency of "the new", the zeitgeist. Or of "the old", for that matter (though we might not see eye-to-eye on that). In fact we are always tempted, as human beings, to seek refuge is some unattainable future-ness and/or past-ness to give comfort or authority to our struggles in the present. Either that or we give the contingency of the present absolute authority, perhaps thinking that "what we make with our own hands, now" will somehow be sufficient to ensure that we are not deluded. If only.

Constructed nowness as the only viable path is the conviction of many good humanists, who have (rightly) rejected the god of human creation, yet wrongly deduce that this is "all there is to it" and hope that "we have the power in ourselves" to make it all right. If only. The evidence around and before us, when considered without romanticism, is not encouraging, however. Which is why it may be good news that God is not the 'God' we developed through our infancy and continue to project in our adolescence - and is therefore not, in fact, "ruled out" by the rejection of religion or the gods or metaphysics.

For as David Jenkins has also pointed out, the God who we meet in both the promise and perversion of the biblical world is not a prisoner to that world - but challenges it (and us) from within and beyond... subverting (especially) those who thought they had "pinned down" the divine in a text or a dogma. This is the truth the text demonstrates and yields to, at every turn. In fact, therefore, the "real" traditionalist is the person who recognises the dynamic movement and un-fixability of the God who refuses to be our possession or creation. And in the Christian experience, God is known decisively in a fleeting person not an immovable text -- flesh that is vulnerable, killable and abusable... but which we discover, by experience, to be joined to the uncapturable divine life in a way that defies description and reverses the domain of death. (That, not zombie ideology or mere narratology, is what is "meant" by resurrection).

Likewise, this God who is, by definition, ahead of us and all our schemes and ideologies will not, by definition, be captured by our projections and fantasies about the future - especially if they involve our own elevation and quest for domination. The kingdom (or kin-dom) of God's uncontainable love is neither built by us nor established by force against us. It is sheer gift, touched and tasted (but never fully realised) in temporal moments and events where we sense a love and grace beyond all reasoning - but which truly is "the heart of things", in spite of the mess and brokenness of a radically free universe.

This, for me, is why believing in (or in-to) the God who is beyond the world of mere gods is mostly antagonistic to human efforts to capture it as religion. And why it is the only unharnessing way to gain the perspective and gentle persuasion precisely to dis-believe all the claims to power and authority (whether religious, political or secular in guise) which demand to be treated as "absolute truth" or "sole worth".

Atheism is a good stab at this dis-believing business. But it won't do, because it can only reject what we make ourselves, and refuses any possibility of an unconditioned life-giving within what it touches, sees and feels. That's OK for recognising things as things (say), but not much good for receiving them as possibly more than thingness. Because what it kills is not God (who is immune to our attempts at deicide through religion, and other means) but the possibility of that which is beyond our human capacity to define possibility. This is a terrible loss. And it is as unwarranted by "the evidence" as any creation of a god-for-us is.

The alternative to this atheism of overbelief (based on the false idea that we know who and what God is, and are thus able to dispose of 'him') is not abandoning hope or setting up another god in our own image (whatever image that may be). Rather, it is entertaining a subversive hope that comes from the realisation that neither theology nor humanism, neither politics nor economics, can abolish the daily tragedy that blights our joy at being alive. That is, strictly speaking, an impossibility, and therefore the work of what Merlod Westphal calls 'Divine Excess: The God Who Comes After' (in John D. Caputo, The Religious). Phenomenologically, Caputo relates this excess, named in relation to God, to what he terms the axiology of the impossible - something explored further in his new book [of which more anon].

But under the conditions of Christendom, the kind of faith* (trust) that is willing to see people, events and even things as gifts-of-unfathomable-love (and therefore refuses to manipulate or be manipulated by them) is very, very difficult - because Christians have been offered (and have taken) "the kingdom, the power and the glory" for themselves -- in exchange for Jesus' way of freedom which is so threatening to the powers-that-be that it ends in the confrontation of the cross. Or so the Empire would like you to think.

See also blogs on: God is not a convenient commodity; Derrida Among the Theologians, and Derrida, Caputo and the weakness of God.

*Note: 'Faith' is commonly used these days to mean "an antonym of reason". For me it is the embracing of reason as love beyond reasoning. That is why 'trust' is a slightly better rendition. 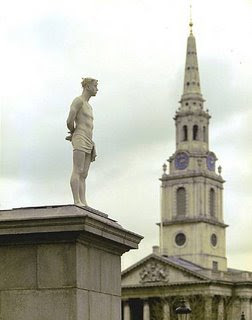 See: Change faith versus politics standoff, says Christian think tank (Ekklesia, 04/07/06), which is based around the launch of the new book Faith and Politics After Christendom - officially published on Saturday 1 July at Selly Oak in Birmingham, with a conference coordinated by the Anabaptist Network. Speakers included Jonathan Bartley, myself, Stuart Murray and Andrew Bradstock of CSM. Alan Storkey was stuck in the Netherlands, sadly. There is a notice about the book in The Economist already, I'm told. I also did a BBC interview in Scotland and another in West Midlands.

Pleasing that we have avoided London (the imperial capital) so far... though not for long. The next leg of the launch is at the Westminster Forum on 13 July 2006. Less pleasing was the lack of gender balance on the platform n Birmingham - not usually an issue for AN, but something that raises interesting questions about who engages with "this sort of thing", and why. Christendom is, of course, thoroughly patriarchal. The move away from it cannot and should not be... but epochal transitions are rarely uncomplicated or logical.

For more information about ‘post-Christendom’ see Postchristendom.com and After Christendom - The Series. For new perspectives on religion and is relation to politics see God and the Politicians and Subverting the Manifestos on Ekklesia. And, I guess, my own Does Christianity kill or cure? and Keeping the wrong kind of religion out of politics.

Of course, 'faith' and 'religion' are, in reality, inchoate concepts which are used far too broadly to make much sense. Which is part of the reason why media debate about 'religion' is so stuck between warring factions who are not able to question the linear assumptions of their standoff. But that's part of the next wave of the discussion. In the meantime, we will be launching a policy-shift document on 'redeeming religion in the public sphere' as a practical follow up.

Oh, yes... The picture captures the brief appearance of Mark Wallinger's subversively simple Ecce Homo statue in Trafalgar Square. The church it faces (in an askance kind of way) is St Martin's-in-the-Field, a rather good example of transforming part of the Christendom legacy while embodying and emblemising it. The encounter between Jesus, whose sheer humanity takes us to the heart of God-beyond-'gods', and a building whose architectural freezing of divinity has become a service point for humanity, constitutes a visual parable with multiple meanings and no easy 'resolution'. Just as it should be.