IDENTITY AND ETHICS IN BLOGWORLD

There's a big discussion in blogworld about the ethics of debate and attribution - Thinking Anglicans had this on ad hominem remarks and anonymous posters. Maggi Dawn has also given a recent example of a style of debate which seems deeply unhelpful. This isn't about limiting free speech, it's about courtesy, respect and the tools of ongoing enlightnment, surely? 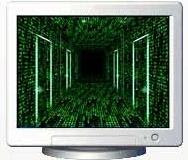 Since I 'enabled' comments on FaithInSociety I've had quite a few anonymous responses to posts. I might excerpt and include/respond to a few of the (less abusive!) ones if I get a moment. But I don't post anonymously on the web myself, and I won't, as a rule, be publishing material here from anyone who doesn't include an email or link back to their own website - though I will happily keep a comment anonymous or pseudepigraphic if anyone requests that by emailing me. Hope that seems clear and fair.

As I've said before, a bit of me feels bad that I won't be able to host big debates, and that this is largely a comment rather than discussion forum. It's mainly a matter of time, from my POV. But I also value being able to publish some 'in transit' thinking without making it immediately subject to disputatious interraction... unlike some of the 'public' utterances or activities I am engaged in through Ekklesia. Some people object to that on principle, but for me it is part of the variety of communication we need. The idea that everyone is always obliged to respond can be a bit overwhelming, to say the least. It's an evolving medium.

Incidentally, in accepting me as a friend on Facebook, Maggi said we were "members of the blogosphere". Now there's a thought. Who dishes out those membership cards, eh? If I get one of those, I may be seriously spooked! No thanks, Jack Straw ;)

One last thing. I know my counter has still been chucking up those wretched ILead ads that defy your pop-up blockers. I have saved my Motigo data and switched to another service, the sdmirable Statcounter. Meanwhile, the graphic on this post has been deliberately nicked from a screensaver spam ad. So there, pop-upsters!
Posted by Simon Barrow at 6:23 PM

hey, Simon, You have a blog, ergo you are a member of the blogosphere. :O)
Actualy, "member" is the Facebook default term

Well, you've written a book. But that doesn't make you a member of a publishing house - rather you are a contractor of its services and vice versa. Though I'm sure it loves you. And that I may have too Pauline a sense of 'membership' ;)

On another tack, could "Bob" drop me an email, if he hasn't already?

If you are a regular reader who comments and or a blogger yourself I would say that qualifies you as a member of the blogosphere.

welcome to the blogosphere 8).

Just one point though - I tend to comment using my google/ blogger identity, although I don't currently blog. Doing this automatically means the comment appears under the name "TJ" which is what I used for a previous brief foray into blogging. Obviously I can change this but there may be other who also do this kind of thing, and it may be necessary for them to do so if, for example, they are blogging about their workplace and risk getting the sack if they are identified.

Understood, TJ. If people aren't on blogger I can't necessarily tell who they are until I've published. One lives and learns...

I may start a Blogosphere - Official Member page on Facebook, just to clear the other matter up, too ;) (Yes, I know, not everyone is on FB. Oh irony!)