AGAINST THE GRAIN OF THE TEXT 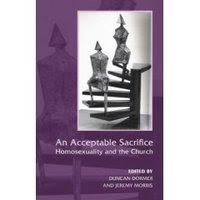 The Bible is frequently claimed to be unequivocal in its condemnation of homosexuality. While there are texts which might at first sight give the claim some credibility, it is clear from reading them in context that they are not actually answering the kind of questions which today’s protagonists on both sides want to ask. There are many twenty-first-century questions which could not even be asked in biblical times, because the concepts which underlie them, that of homosexual orientation for instance, did not then exist. There is also an important sense in which the Bible is not a book of answers at all. It is a description of, and invitation to enter into, a historical process through which, it is claimed, the nature of God has been progressively revealed. Furthermore, the key ethical insight which forms the culmination of the entire story is the revelation of God as love. To extract a number of texts purporting to be about homosexuality, and to condemn a whole group of people for a personality trait which is not of their making, may look at first sight like faithfulness to the biblical text. In reality it is not to treat the Bible seriously, through failing to take account of its ultimate message about the sovereignty of love and the process by which this came to be.

That such formerly mainstream (and, frankly, pretty conservative) views of Scripture are now being viewed as wild radicalism in some sections of the Anglican Communion and elsewhere, shows just how far things have moved in recent theological debate - and how entrenched current antagonisms are. An Acceptable Sacrifice? suggests some constructive ways forward beyond the unedifying shouting match we now have. As David Paisley observes: "Much of the content is framed as a question or situation to be explored, rather than territory to be defended. That's refreshing in its own right."
Posted by Simon Barrow at 8:25 PM