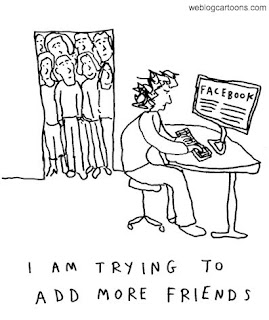 Dave Walker, of the excellent 'Cartoon Church', has done a good follow-up piece on the strange fuss about 'Faithbook', over at his regular Church Times blog. I belong to at least two inter-religious pages on Facebook, so I'm pretty sure that the idea of getting the whole gang "on the same page", so to speak, is very far from unique. But it seems that any time some "official representatives" from a religious group get somewhere near a newish medium that "ordinary people" have in fact been using for ages, it becomes a "story". The Times' "it's about combating extremism" angle was especially cute. Spend a moment or two trying to think how that might work and you will see why it seems a bit thin. This is not to say that there isn't value in as many ventures as possible to get people to talk across divides of world-view, belief and ideology, I stress. It's just the hype that doesn't help.

I wonder whether the unfortunate "with-it vicar" syndrome of the '60s and '70s (when a hapless cleric would be meaninglessly lauded for getting a motorbike, going down the pub or featuring in a pop video, say) hasn't morphed into pretty well any place where "faith leaders" try to latch onto the spokes of a fast-turning a-religious culture that many suspect they don't really "get", having been advised by anxious acolytes to throw themselves at in order to "communicate". No doubt we will have the Archbishop of Canterbury on Twitter soon, a few weeks before it is declared to be formally passe by some Arbiters of Cool.

[Cartoon (c) Dave Walker and weblogcartoons.com. He also has at least one book out, which is very good. Now go keep him in cookies by buying it.]
Posted by Simon Barrow at 7:57 AM