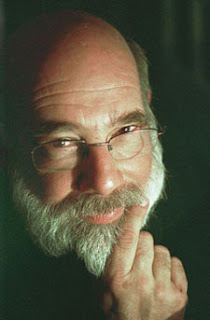 arrives in the UK on Thursday 22 November 2007, with Palestinian Salim Shawamreh, who has had his house demolished four times by Israeli bulldozers. The demolitions are claimed to be part of the Israeli state's security operations - but they are unjust, illegal, often arbitrary, and simply stoke up a cycle of violence and hatred.

By contrast, ICAHD bring Israelis and Palestinians together to rebuild homes, as an act both of human solidarity and political resistance to the Occupation. The seeds of peace and reconciliation for two divided peoples are to be found in such painstaking actions, rooted in the soil of social justice, spiritual commitment (Christians, Jews, Muslims and those of no faith - or rather, 'good faith' - come together to support those who are victims of oppression) and political action.

In doing this, of course, they have to encounter disappointment time and again. Some houses are cruelly demolished by the Israeli forces as soon as they are rebuilt. It is desperately sad to see a people who have been the victims of so much persecution, prejudice and bloodshed unable to see how these tactics are not only morally wrong but deeply counter-productive.

Israeli and Palestinian peace and justice activists also encounter bile and opposition in the hardline sections of their own communities - those who want bloody victory, not costly justpeace. In particular, Jewish campaigners are accused of being 'self-hating' and (absurdly) 'anti-Semitic' by zealous Zionists and those who try to say that to be Jewish is necessarily to be politically identified with the policies of the current State of Israel.

They are brave people who deserve our support, solidarity and prayer. ICAHD in the UK can be contacted here. Information on the tour is on this page.
Posted by Simon Barrow at 12:51 PM

Thanks for this, Simon.

I have met many British Jews who work actively for the Palestinian cause, and who can have a hard time from their families and sections of the British Jewish community. There is an organisation called Jews for Justice for Palestinians (www.jfjfp.org) who deserve our support and prayers. ICAHD UK is well represented on its Board, and amongst members, by British Jews, also.

At the moment, to get a powerful impression of the Palestinian story today, try and catch the production of Salaam Bethlehem, by Christian theatre company Riding Lights, touring the UK now (see www.salaambethlehem.com for dates