I have been up in London for the past week, and so have been at least a partial witness to the unfolding events there. Yesterday I was in the vicinity of Kennington, not that far away from the Oval bomb -- which, like the others, failed, beyond the detonator going off. Today I travelled back to the West Country via Paddington. I was struck by how relatively few people there were on the underground. It is not that people are being cowed, more that they are making alternative choices about how to continue their lives. 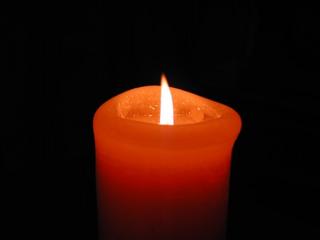 As it becomes clear that the terrible killings and maimings of 7 July 2005 are part of a campaign (at least in intention), the clamour for security and "decisive action" will increase. Earlier today that included the shooting dead of a man at Stockwell tube station by three armed operatives. The most publicized eyewitness said on BBC News 24 that the man concerned was brandishing no weapon, had no obvious package on him, and was killed with five pistol shots to the head while being held down on the floor.

At present the authorities have not identified the victim or made any explanatory statement, except to say that the personnel involved (whose auspices remain unidentified) were following "operational procedures". However, the nature of these is also secret.

Obviously the police or military may well produce good reasons for their action: ones which those of us who advocate nonviolence will be able to respect, even if we do not agree. In the meantime, human rights and faith groups are justified in respectfully asking why it was not possible, within the parameters adopted, to disable this person with a shot in the leg or thigh. As one passer-by commented, it sounded too much like a summary execution for comfort.

Hopefully answers will be forthcoming in due course. It is comparatively easy to criticize security operatives who, we must remember, risk life and limb to protect others in situations like this. But we should not allow terror attacks to stop us asking necessary questions of the authorities and holding them to account. It is vital not to become what we contend.

In the meantime, the mayor of London. Ken Livingstone, is urging faith communities to identify the use of violence against innocents as immoral and to cooperate with the investigating authorities. As Methodist broadcaster Colin Morris has rightly pointed out, there is a struggle between a theology of life and a theology of death involved in these events.

Last week the UK Christian think-tank Ekklesia said that the link between terror and religion could not merely be pushed aside, and that although people who planted bombs were a small and unrepresentative minority, it was up to the different faith communities to confront their texts, traditions and histories when they appeared to sanction violence.