There are a number of reasons why 25 March always stands out from the calendar each year. And they go on being added to. 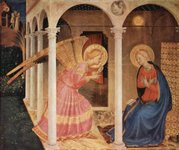 On that day in 1807, the Slave Trade Act became law, as it happens, abolishing the slave trade in the British Empire. Toscani, Bartok and A.J.P. Taylor were among those born on what has been known as Lady Day. Primarily, however, I recall this day with affection because it is my later mother's birthday. Belle Padday (later Barrow), a very dedicated nursing sister who trained at "the old Guy's Hospital", died in 1978 aged 63. I have lived the majority of my life (and nearly all my adult life) without her, but she is often in my thoughts. The 25th was also the birthday of a dear friend and colleague, Ann Stricklen, who died aged 61 getting on for ten years ago. How time rushes by.

Ann Stricklen was community development adviser in Southwark Anglican Diocese while I was adult education and training officer there (1991-96). We did a huge amount of work together, including material for a Parish Profile Pack, which later became Planning Projects. Though her name is not as well acknowledged as some others in the field, she did pioneering work in the area of community ministry over many years - not least during her time in Sheffield. I am pleased that Trinity House, the diocesan HQ, has a meeting room named after Ann. When she fell ill I cajoled her into letting me re-write some excellent notes she had put together for a chapter in my book Expanding Horizons: Learning to Be the Church in the World (BCS, 1995).

Ann was forthright, loyal, had a great sense of humour, a mind as sharp as a knife and was pretty much what the word 'indefatigable' was invented for. Bearing the coffin at her funeral at St Faith's, North Dulwich, was a tremendous honour - and something that, along with many other matters great and small, she had planned from her hospital deathbed.

More happily, I have also discovered that my friend Stephen Brown in Geneva, who does a great job with Ecumenical News International, passed the age of 50 five days ahead of me yesterday, too. I told him to let me know if it was any good, so that I could make other plans if necessary. Last but certainly not least, March 25 is typically celebrated within the Christian tradition as the day of the Annunciation so long as it does not fall on a Sunday or during Holy Week or Easter Week - something I came to observe in a different way on account of my parish church in Brighton (1998-2003). Also, my good friend Henry Morgan is involved in an excellent 'spiritual direction' venture called The Annunciation Trust. I cannot recommend him, and them, highly enough.

He's coping - the champagne helps - as does the red wine!

When asked what it felt like to be 50, I could only say that I have no idea what it is supposed to feel like but that however it feels, I'm sure I don't feel like that ...

In other words, being 50 and 1 day felt much the same as being 49 and 365 days! Good luck, bon courage, and have a great birthday.