[149.1] CONFRONTING THE MURDER IN RELIGION

This excerpt from my latest feature article on Ekklesia.

[T]he pathology that aggravates individuals or groups towards seeing death and martyrdom as a ‘solution’ cannot simply be laid at their portals alone and left there. It arises from deep wells within all human cultures, not least in their portrayal and practice of violence as cleansing. 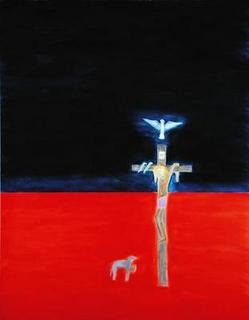 The idea that sacrifice appeases wrath, that disorder restores order, that killing casts out evil, that war brings peace and that the gods themselves create through violence is one that is, as theologian Walter Wink points out, as old as civilisation itself.

In his book The Powers That Be: Theology For A New Millennium (Galilee, 1999) Wink summarises ‘the myth of redemptive violence’ in terms of one of its earlier archetypes: a Babylonian creation story (circa 1250 BCE), where a new world emerges from the cadaver of a freshly slaughtered woman.

He points out that the allegedly purifying and generative power of vengeance is universal, inasmuch as it is as central to Hollywood’s vision of the world as it is to the ancients. This is not irrelevant to the great popularity of the Rambo-fiction in rabidly anti-Western circles right now. We are all closer than we think.

At a considerably more profound level, anthropologist and literary critic Rene Girard has traced, through a whole series of important books, the origins of culture in the idea of ‘a founding murder’. He has then drawn our attention to the role of religion in both legitimating and managing violence through cultic sacrificial systems.

Without ignoring their violence, Girard also says that key elements of the Hebrew Scriptures and the New Testament constitute strong counter-narratives to the otherwise overwhelming assumption of salvation through divinely sanctioned killing.

As one contributor to the new book Consuming Passion (James Alison) points out, “[t]hat God is completely without violence, that God is love” is the truest revelation of “the self-giving death of Jesus”. This is an event which has frequently been interpreted in ways distorted by Christian complicity in violence, and then transferred onto God in an unrecognised way.

Religious conviction, in other words, always contains both the seeds of destruction and the seeds of life. No-one reading the Bible or the Qu’ran without eyes veiled by piety or ideology can easily avoid recognising that.

On the other hand, faith (whether that of Osama Bin Laden or George W. Bush) is not the only source and sanction of the practices of ‘cleansing violence’. Modern secular thought derived from Locke and Machiavelli (with their theories of fortune and ‘the state of nature’) also cemented it into the fabric of what is now seen as realpolitik.

To turn the challenge of terrorism into either a simplistic anti-religion rhetoric or a selective absolution of certain belief systems (religious or otherwise) helps no-one. [More]