[159.1] DIFFERENT WAYS OF MOVING THE CENTRE TO THE EDGES?

Several obituaries for Brother Roger Schutz have pointed out, inter alia, that as well as being forward-looking in many respects, leading (male) members of the Taize community have also been generally uncritical towards inherited church structures - not least the Roman magisterium - on controversial issues like gender and sexuality. This is true, and indicates just how unadaptive our dominant labels are for handling the inevitable contradictions of actual religious life. Is Taize 'liberal' or 'conservative'? Well, yes and no and both... 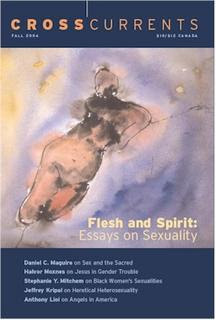 When Taize began, it broke many of the accepted rules and was greeted with suspicion by both Protestants and Catholics. However, over the years it grew considerably in recognition and 'respectability', occupying a creative-but-loyal position on the shifting edges of the Church. This is a different location and role to that of prophetic counter-testimony or campaigning, to be sure. But both can be aspects of the movement needed to enable the tradition to recognise its vocation to be open and faithful.

As I suggested yesterday, in the ecumenical arena and in terms of prayer and peacemaking Taize has sponsored some giant steps forward. This should be celebrated. But of course it has its limits, and it is those that make InclusiveChurch, Catholic Womens Ordination, the Anabaptist Network and other more 'subversive' initiatives equally vital. It's not a zero-sum game.

Back in 1984, during a visit to base ecclesial communities in Italy (all of them living in the shadow of the Vatican), I remember somone from our British visitors' group asking a community member whether they saw themselves as being 'inside' or 'outside' the Church. The reply has stayed with me ever since, and went something like this: "We see ourselves as an element of the church, but oriented to the margins, like Jesus. As such, the institution needs us, whether it knows it or not. Without prophecy it will ossify and turn in on itself even more. On the other hand, our community needs the institution too, otherwise we risk losing our biblical and liturgical roots. And it's also important that we don't allow those who run the structures to substitute power for charism without noticing it."