Media pundits and politicians are putting British Muslims under intense scrutiny in the wake of the London bombings in July. Every move they make seems only a breath away from the approbation of a commentator whose knowledge of Islam in Britain was probably next-to-nothing a few weeks ago. In a well-balanced article in today's Guardian, the paper's former religious affairs correspondent Madeleine Bunting examine's last night's BBC Panorama programme ('A Question Of Leadership') criticising the Muslim Council of Britain, which has been accompanied by some strongly-worded articles in The Observer. 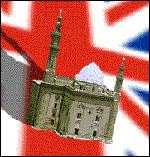 The problem with this stuff is that in a drive to "uncover the truth" it falls prey to the kind of cartoon-style analysis which we ought to expect the BBC and broadsheet newspapers to resist. It is also counter-productive, perversely encouraging those who have an interest in portraying British society as "anti-Muslim", and disempowering followers of Islam who are genuinely trying to come to terms with the challenge in their midst and to develop effective responses from within their own tradition. In this context, the problem is not criticism per se, but ill-formed or sensationalist criticism. Panorama's centrepiece technique of "guilt by association" has unfortunate parallels with those used to discredit Professor Tariq Ramadan. As Bunting writes:

The tiny, volunteer-run MCB doesn't have the power to police the views of its disparate membership. [Sir Iqbal] Sacranie and the MCB have a tightrope to walk. On the one hand, the government and non-Muslim Britain are piling on the pressure that they deliver a law-abiding, loyal ethnic minority. On the other, an increasingly restless younger generation of Muslims criticise the MCB as far too moderate, a sell-out establishment stooge cosying up to Tony Blair.

There are plenty of legitimate criticisms to make of the MCB and Sacranie - and [Panorama presenter John] Ware details some of them - such as Sacranie's reprehensible refusal to attend the Holocaust memorial service last January and his decision to attend a memorial service for the spiritual leader of Hamas, Sheikh Yassin. The MCB bears all the characteristics of a diverse migrant community's struggle to develop a common voice - and it makes plenty of mistakes. But Ware has thrown so much mud around in the course of his programme that much more of it will stick than is deserved.

What is deeply troubling is how exacting British society is becoming of its Muslims. A new set of 'cricket tests' are being imposed on British Muslims - they are expected to sign up enthusiastically to every aspect of western secular society and to jettison any part of their intellectual heritage that is critical of the west. They are expected to keep their faith entirely out of politics (yet faith plays a crucial role in US politics). Set the bar high enough and all will fail - the consequences of that on the streets of Luton and Bradford will be disastrous, and not just for Britain's 1.6 million Muslims.