I have been wondering for some time about what it might mean for there to be a correlative to ‘leadership’ called ‘followership’, and if so how the former might be rescued from the unwanted imposition of individuated power and the latter from the mere self-encoding of patterns of domination. 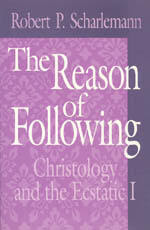 This is a matter of importance to me for two reasons. First, because most of the time in life we are, whether we reflexively know it or not, followers; but sometimes we become leaders. And in both instances we are ill-equipped by the dominant discourses of our age to discharge these functions in ways which could be genuinely described as hopeful and liberative. Second, because, as a Christian, I am caught up in the multiple meanings of Jesus’ “follow me”, since I have discovered in the Way of Jesus a subversive authenticity which makes the path of discipleship (well realised by someone like Bonhoeffer, poorly realised by someone like me) a necessity for re-understanding and re-engaging the world in which I find myself. (Questions surrounding Pope Benedict XVI and the assumptions of Christendom are not irrelevant here, either.)

To put it differently, in seeking ways of following Jesus as Christ today, what I experience is not capitulation to ‘foreign occupation’ or the reduction of myself to some sheep-like docility, but rather a re-awakening, a disturbance and an (often painful) opening. But why is this so? And what could it mean for (say) the re-consideration of ‘religion’, the re-description of ‘secularity’, the re-expression of church and the re-doing of institutional life in a complex, urban culture?

For these and many other reasons, I have on my ‘must read’ list Robert P. Scharlemann’s The Reason of Following: Christology and the ecstatic I (University of Chicago, 1991), of which there is a small preview here. I have recently been reading the same author’s Inscriptions and Reflections: Essays in Philosophical Theology (University Press of Virginia, 1989), which I picked up at Unsworths Bookshop earlier in the summer during a sojourn in London. It’s fantastic. Scharlemann opens up new possibilities for understanding Christian formulae in the contemporary by re-understanding theology as what he calls an “afterthinking” (metanoiesis) based on the inversion of traditional ontology.

Anyway, in The Reason of Following, Scharlemann suggests that Christology represents a form of reason and an understanding of selfhood. To quote the blurb, he traces “the connections between the ‘I am’ of the God who spoke to Moses, the ‘I am’ of Christ, and the ‘I am’ of autonomous self-identification. How, he asks, can the self that spontaneously responds to Jesus’ ‘Follow me!’ be compared with the everyday, autonomous self? What is the nature of ‘following’ on the part of those who answer the summons of one whose name is ‘I am’?

“Pursuing these questions, Scharlemann develops a Christological phenomenology of the self – an account in which following means not the expression of the self in action or reflection but rather self-discovery in another person [emphasis added].”

“With a deep sense of both culture and philosophy, Scharlemann [also] distinguishes the forms of reason involved in ‘following’ from those in ethics, aesthetics, and other modes of religious philosophic thought. His … readings of nineteenth- and twentieth-century German theological and philosophical traditions provide an introduction to lesser-known thinkers such as Hermann and Picht as well as a profound critique of major figures such as Descartes, Heidegger, Fichte, and Kant.”

“Finally Robert Scharlemann outlines a program for a more systematic and rounded presentation of what Christian doctrine might mean in the contemporary world.”

Sounds fascinating, and an important preparation for immersion in management speak, organisational theory, leadership studies, change agency, and all the other disciplines that presuppose those patterns which theology properly seeks to unpick and re-weave – theology being, as Charles E. Winquist once put it, a “nomad discipline” which is a work against “the disappointment of thinking.”

Hello, just visited your bible blog, I also have a bible related website, it's about some books which is helpful to understand the God's Words