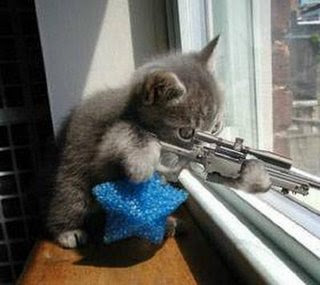 For those who only occasionally drop into FinS (and perhaps more so for those who do so regularly), I feel slightly apologetic that the overwhelming number of posts recently have concerned the Iraq hostage situation -- where we are now into an agonising and predictable waiting game. I hope you will understand why, but things will return to 'normal' in due course. Not that our perception of normality should remain undisturbed by such events.

One or two people have also asked me about the various criticisms of Christian Peacemaker Teams (CPT) creeping their way across the blogosphere. Well, of course, moral courage should not silence critical judgement, and there are serious issues to confront about the stance, location and tactics of "violence reduction by getting in the way". The fact that I share CPT's commitment to Christian non-violence certainly does not mean that I wish to ignore these challenges. But there are times and places. The present moment is, for me, one of solidarity and petition. Johan Maurer sums it up well in his reference to 'borrowed time', though I have found myself that the infusion of prayerful indwelling with journalistic advocacy has been liberating, even when it has meant living on the edge of despair.

Those of you who know me (or have read earlier comments of mine on this subject) will also realise that I am not uncritical of the general anti-war movement, even as I find myself keeping company with it. There is a politically lazy and morally easy self-righteousness involved in much of the rhetoric against the overthrow of Saddam's nightmarish rule which does little justice to those who suffered under his yolk, to the 65-71 per cent of Iraqis who now say that -- in spite of the conflict and chaos -- they feel better off, or to what I would call the involved depth of "the difficult peace of Christ". Christian non-violence cannot legitimately refuse facts or deny responsibility. But for those of us who see it as central to the Gospel, it remains a vital testimony to that vulnerable possibility revealed in the words, deeds, death and risen life of Jesus which is otherwise silenced and destroyed by the soteriology of taking arms. Of course this does not abolish either the ambiguity and compromise of the world, or the moral integrity of those who feel compelled to stand against injustice in other ways. But it does ask, "in what or whom do we really trust?"

More of that later, perhaps. I can certainly reference other material I have been writing in this area (search under 'peace' and 'disturbing'). In the meantime, by way of a photoshop experiment which hopefully shows that we can smile and be serious simultaneously [above], I am extremely grateful to Methodist minister Dave Warnock for providing links to these ten extraordinary podcasts by Anita David, a CPTer in Iraq.