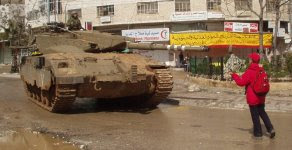 "Our scientific power has outrun our spiritual power. We have guided missiles and misguided people." (Martin Luther King Jr., Strength to Love, 1963)

"What would happen if Christians devoted the same discipline and self-sacrifice to nonviolent peacemaking that armies devote to war?" Ronald J. Sider

Latest material from the Oxford Research Group: The Politics of War (International Security Monthly Briefing). ORG has published a vital new report on Iraqi Liberation? Towards an Integrated Strategy. This discussion document draws on the expertise of an international high-level consultative panel, including British, Iraqi, Middle Eastern and American experts from the military, foreign service, intelligence community and civil society. It brings together seven key elements of a positive alternative strategy for Iraqi stabilisation and development.

I.B. Tauris has published the ORG International Security Report 2005, Iraq and the War on Terror: Twelve Months of Insurgency, 2004/2005 by Professor Paul Rogers.

See also the provocative collected writings of Independent journalist Robert Fisk, including War is the total failure of the human spirit, by Justin Podur.